‘I am telling you for the last time now that you cannot go out and play. Please do your homework, yelled the mother of a 12-year-old as he insisted on playing more outside.

She later added and said, ‘This is the only way he listens to me, and I have no other option but to shout! I don’t like that, but what can I even do?’

Most mothers are seen having this conversation often. This may seem like a usual day in a parent’s life but these conversations with the children can instil rebellious behaviour in them.

Yelling or harsh communication can be understood as ‘setting the stage that has the potential to influence current and future behaviour. For example, seeing a speeding sign on the highway can control the driving speed of an individual, but after passing the sign, a person might start driving fast again. Therefore, it may be apt to say that parents who are irritated or frustrated can respond to their children negatively and thereby lead to uncooperativeness in their children in later stages.

2. How does child rebellion start?

Parents of young children can often feel helpless after they get frustrated and irritated with their children over their behaviour. However, argumentativeness or shouting and yelling can only bring a short-term change in the child’s behaviour and often even lead to teenage rebellion as they grow older. Tackling inappropriate and bad behaviour in children can be a massive challenge for any parent. But with these simple tips and tricks, it is possible for parents to communicate with their children in a more effective fashion while ensuring that their parenting method remains effective and successful, even in the most stressful periods.

If the unwanted behaviour is not given any extra attention and is ignored completely, their tantrums and misbehaviour may gradually decrease because the attention is pulled away. However, remember that ignoring should be done only for specific behaviour and tantrums.

Excess strictness does not cause any change in kid’s behaviour which will most likely be repeated. Some forms of positive ways to show love are praise, material gifts (like toys and gadgets), hugs and just lending them an ear.

Communicate with your little ones as it helps to communicate desired behaviours. Keeping in mind both the child’s and the parent’s needs, your communication must be simplified enough for them to understand at their given age.

6. ​Time out for poor behaviour

As an alternative to the detrimental effects of prolonged yelling or punishment, time out can be used for specific behaviour. Known as an effective form of inculcating discipline, this parenting technique is recommended by most paediatricians and developmental psychologists. 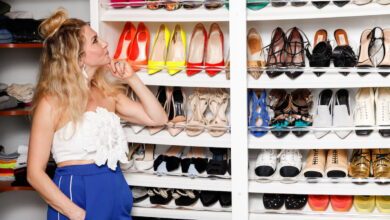 Five must-have shoes in your closet

Here are the six ways to protect your kid against s.e.xual predator

This is why couples should get health screenings before getting married 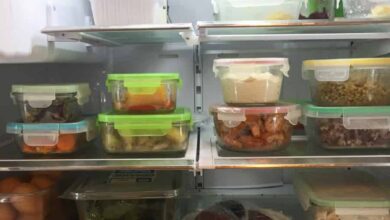 Here’s how long leftovers should stay in the fridge