President Cyril Ramaphosa has been labelled “a dreadful fellow” by the UK-based Sunday Times newspaper, where he was described as a man who prefers “folded stuff” over chequebooks.

In the article titled “He must be special – the tea trolley’s out”, political sketch writer Quentin Letts delved into the pomp and ceremony marking Ramaphosa’s visit to the UK’s monarchy, at the invitation of King Charles III.

The November 23 article, which criticises the president for his requests for money, was met with mixed reactions on Twitter. Some argued South Africa deserved reparations while others felt Ramaphosa could not be trusted when it came to handling the country’s purse.

“Visiting heads of state are usually subtler about asking for money, but Cyril Ramaphosa, the president of South Africa, was quick to business when he addressed the joint houses of parliament.

“Ramaphosa, not one of life’s charmers, demanded Britain cough up for historical industrial emissions. South Africa wanted ‘compensation for harm done and harm yet to be done’. Get out your chequebooks. Actually, from what one hears about Ramaphosa, folding stuff might be preferable,” wrote Letts.

“(Lord) Hoyle delivered a tidy speech, much about (Nelson) Mandela. Ramaphosa sat there expressionless. He possibly longs for the day when someone makes a speech about him.

“His own speech, not short, was light on diplomatic anecdotes and historical perspective normal at these events.

“Instead, he banged on about poverty, diseased water, power cuts, and how to transfer ‘substantial resources’ from rich countries (i.e, us) to low and medium-income countries (i.e, him),” he wrote.

Letts ended his article with unflattering whisperings his colleague picked up at the event as journalists had to be present an hour before Ramaphosa was introduced. “As the parliamentarians dispersed, a colleague heard a couple of peers mutter, ‘what a dreadful fellow’.

“That may be unfair, but Ramaphosa certainly misread the room,” Letts wrote.

During his visit to the UK, Ramaphosa was met with protests from DA members and South African expats, who demanded he focus on fixing the energy crisis, especially recurring blackouts.

He later told the UK parliamentarians about the strong ties South Africa had with Britons.

In “our Parliament buildings in Cape Town,, you may have seen a statue of Queen Victoria, the revered ancestor of His Majesty King Charles III. And not far from here, on the other side of Parliament Square, is a statue of Nelson Rolihlahla Mandela, the father of our nation.

“The presence of the statues of these two great historical figures at the seats of our respective democracies makes a powerful statement,” said Ramaphosa.

Ramaphosa said: ” … this state visit is to reinvigorate ties of commerce, trade, and investment between our two countries. The UK is the largest foreign investor in South Africa and our fifth-largest export destination”. Over the last two decades, the UK has been South Africa’s largest source of tourists outside of Africa

“Few countries have the depth of experience and knowledge of the South African economy than Britain. British companies need to seek out opportunities in SA for investment and trade.”

Presidency spokesperson Vincent Magwenya did not respond to a request for comment on the article. 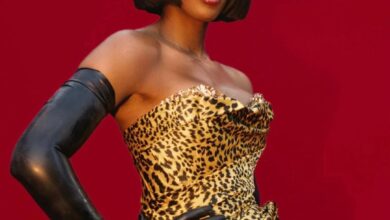